This scholarship is specifically for the children of Soldiers who were killed, wounded, injured or became ill while serving in support of the Global War on Terror.

Our mission is solely funded by donations. All Donations are Tax Deductible.

​​To mail-in donations click below. Please indicate if you are donating to the ASA general fund or the MAJ Al Woodall scholarship.

You will receive a tax receipt via email when you donate online.

MAJ(R) Al Woodall II has made a generous contribution to the ASA fund. In order to honor his distinguished service to our country and his scholarship contribution, the ASA will award one or more of the merit based scholarships in his name each year ongoing starting in the 2018 application period.

If you wish to donate please see below

Serving Those Who Serve 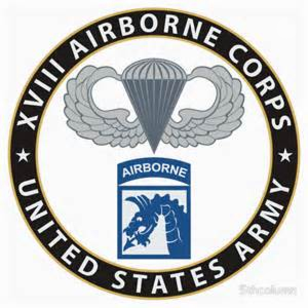 Chairman of the Board

Major(R) AL Woodall II was born during WW II. He joined the US Army in 1963 and received an appointment as a commissioned officer in 1967. Served with the 173rd Airborne Brigade (Sep) as a rifle platoon leader and Special Forces Group as a detachment commander, both tours in combat, and was assigned to the Army Security Agency, Japan; EUSA/UNC, Korea ,1st, 5th, 10 SFG(ABN), 35th Signal Brigade, USAJFKSWC, USASOC and XVIII Airborne Corps.  His brother was KIA in Viet Nam.

Major(R) Woodall is a graduate of Airborne school, Special Forces Officer’s Course, Ranger School, Pathfinder School, US State Dept. Korean language school, and the Infantry Officers Advanced Course. MAJ Woodall was awarded the Bronze Star Medal  w/olc, Meritorious Service Medal, Army Commendation Medal and the Army Achievement Medal. He is a certified FAA commercial pilot and a multiengine land flight instructor. After 27 years in the US Army, he served for 23 years as a Department of the Army civilian on Simmons Army Airfield, Ft Bragg, NC in the capacity of Flight Operations leader.

He is the author of the book titled “Eclectic: Realism” and several magazine articles. His higher discipline is in Aviation Management.
His avocations are gardening, flying, equity investing, watching 1930/40s movies, and riding his Harley Davidson motorcycle.
The individuals he most admires are Benjamin Franklin, his sister Bianca and deceased father.
“Education, a healthy lifestyle and patriotism will illuminate your pathway towards perfection” by Woodall

​Board of Directors and Officers

The Mission of the Airborne Scholarship Association is to provide merit based undergraduate school scholarships to the Dependent Family Members of Veterans, Active Duty and Department of the Army Civilians from Units within the XVIII Airborne Corps to include:

Although the 82nd Airborne is a Corps Unit it is not an eligible unit because The 82nd has a scholarship specifically for 82nd dependents. 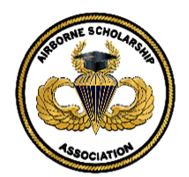